André has coached volleyball for over 35 years at all levels, from atomic volleyball to junior high, high school, club, provincial team, college and junior national team. He is also the founder of several camps and volleyball clubs in Canada and the United States (Fort Worth Volleyball Camp in Texas, MTIVSC Volleyball Camp in Grande Prairie, Northern British Columbia Volleyball Club and South Peace Volleyball Club). He started his volleyball coaching career in Quebec City in 1982 where his led the Quebec Seminary high school team for five years before taking the reins of the Quebec women’s U18 Provincial team and the Ste-Foy College team.  He then moved his coaching aspirations across the country where is coached junior high, club and college in Grande Prairie, Alberta. He also started the NBCVC club in Fort St. John, British Columbia. He continued his coaching endeavor through several assignments with the Alberta Provincial teams and the women’s Junior National team. André is known as a master technician and helped develop many players who played for the Canadian National teams. He also won several National Championship medals at the NTCC, CCAA and Club Nationals. 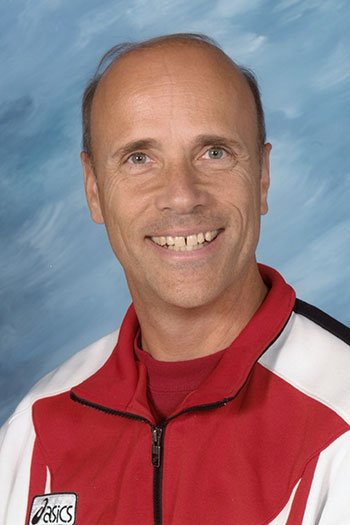