Chris has spent a great deal of time working with the development of youth volleyball in Alberta. He prides himself on not just the technical development of volleyball athletes but also attempting to increase the love of the game. Chris started coaching Middle School athletes which led to High School and College/University Athletes. He’s spent the better part of the last 15 years coaching in the Alberta Colleges Athletic Conference (ACAC). On top of coaching Chris is a teacher in Red Deer. 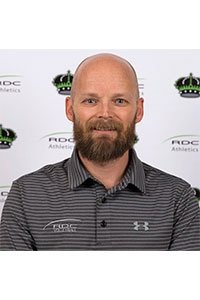