Ryan is a relatively new coach with a strong passion for growing the game of volleyball and developing young athletes in all areas of life. He is a certified developmental coach with the National Coaches Certification Program in Canada and a recent graduate of University of Calgary/ Red Deer College’s collaborative Bachelors Degree with a major in Psychology. Ryan played 5 years of collegiate volleyball in the Alberta Colleges Athletic Conference, two of which with Medicine Hat College and three with Red Deer College where he won 2 provincials championships and 2 national championships. He was an assistant coach for the Red Deer College Queens in the first semester of the 2018/2019 season before returning the Kings Program for the second semester where he helped lead the team to a silver medal at the Canadian Collegiate Athletics Association national championships. Ryan began assistant coaching with Kings Volleyball Club while he was playing with the Red Deer College Kings and is now looking forward to his third year as head coach with the club in 2021. He also grew up in Red Deer playing youth volleyball with the Kings Club eventually going on to fulfill his dream of playing for his home town college while representing the team as a captain in his final year. 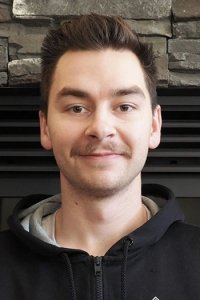